2019 SKA Shanghai Meeting: Concluding our Past, Realising our Future

The Bund, also called Waitan, is a famous waterfront on the west bank of Huangpu River and regarded as the symbol of Shanghai. Here, the charm of Shanghai as a bustling metropolis combining the century-old history and flourishing future is fully presented, making the Bund Shanghai a must-see attraction.  Stroll along the waterfront avenue: The most classic route to explore the Bund is either to wander from the north end to the south or the contrary way. Along the way, you will see the most famous and attractive sight in the Bund, namely 26 colonial-era buildings of different western architectural styles, which give the Bund Shanghai China the fame as a 'museum of international architecture'. 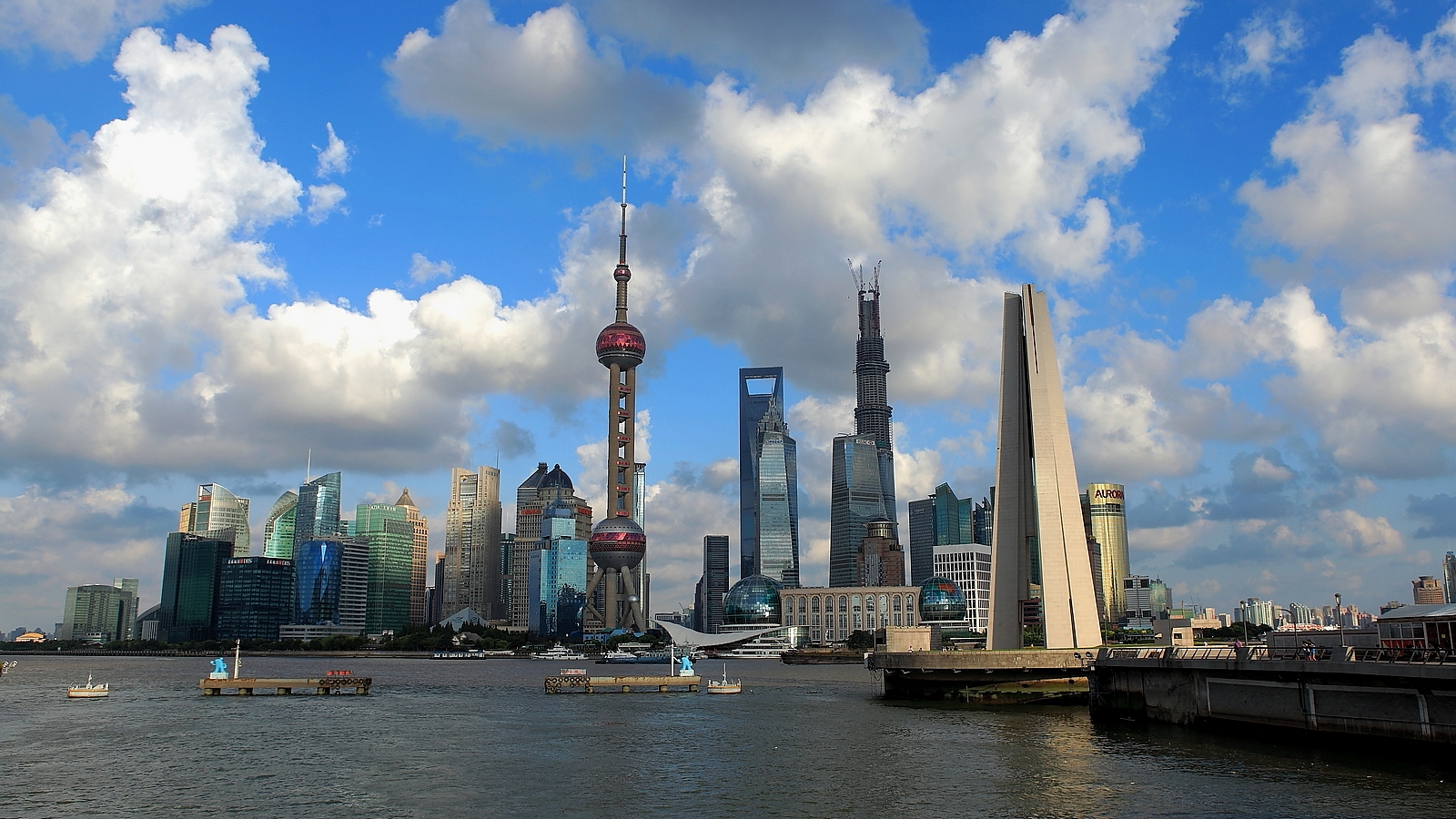 Take a Huangpu River cruise at night: At night, when the lights of buildings on both banks of the Huangpu River are illuminated, the Bund displays its most fantastic side. It is worth appreciating the florid night view of the Bund from a Huangpu River cruise. The dazzling lights fully exhibit the magnificence of the various buildings and make up the best night scene of Shanghai together with the colourful light shadows floating in the river and the flashing lights on the far side of the river.

Yu Garden, aka Yuyuan Garden, Yu Yuan in Chinese, is a classical garden ranking among the must-see attractions in Shanghai. It dates back to the Ming Dynasty (1368-1644) and was owned by a government officer named Pan Yunduan. Yu in Chinese means pleasing and satisfying, and this garden was specially built for Pan's parents as a place for them to enjoy a tranquil and happy time in their old age. Yu Garden is small in size, but it contains all elements that a classical Chinese garden should have. The pavilions, halls, rockeries, ponds and cloisters all have unique characteristics. There are some highlights in the garden that you can't miss. 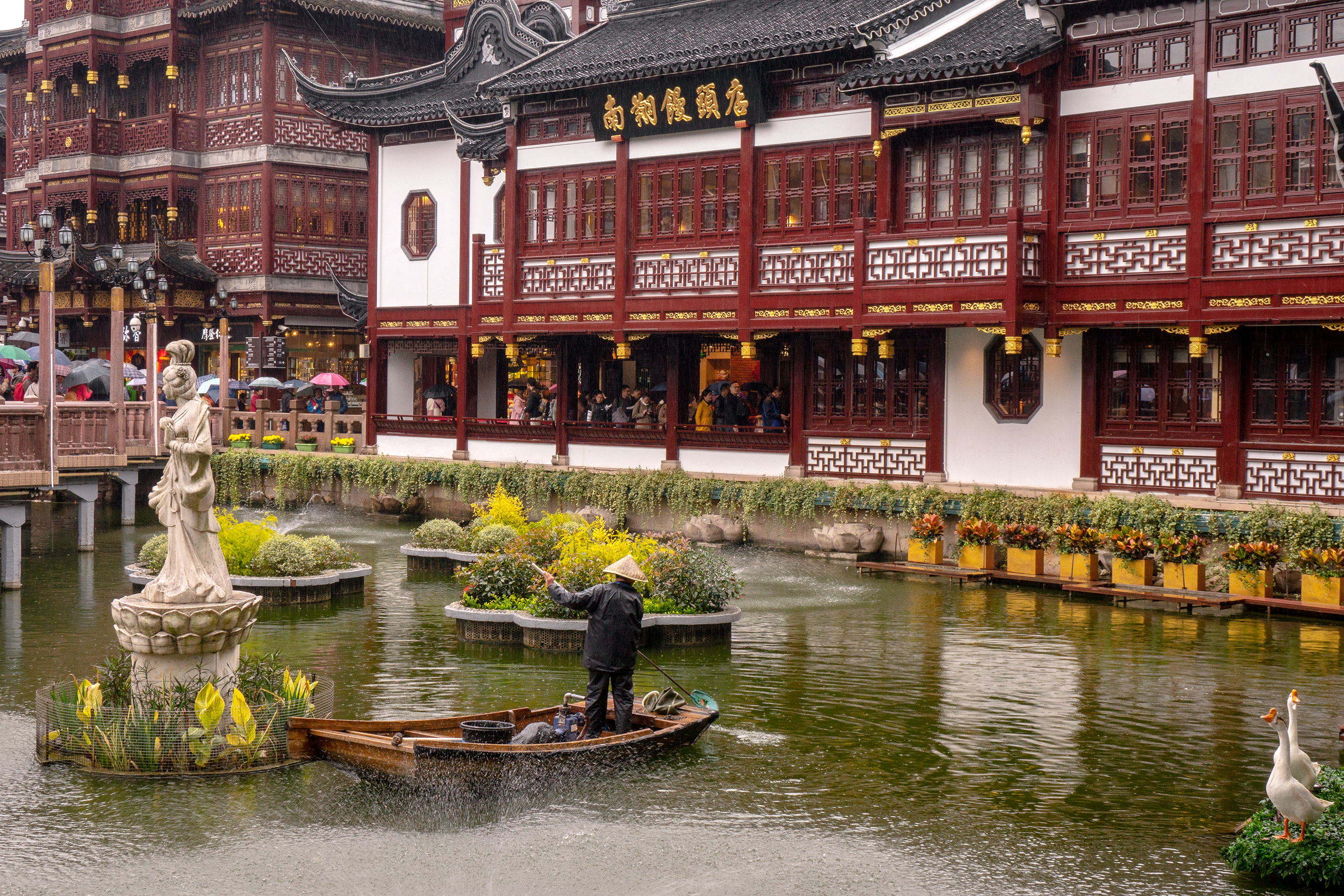 Time Needed for a Visit: 2 hours

Shanghai Disneyland Park, located inside the Disney Resort in Chuansha New Town of Pudong New Area, has been open since June 16th, 2016. It covers a construction area of 116 hectares (287 acres). 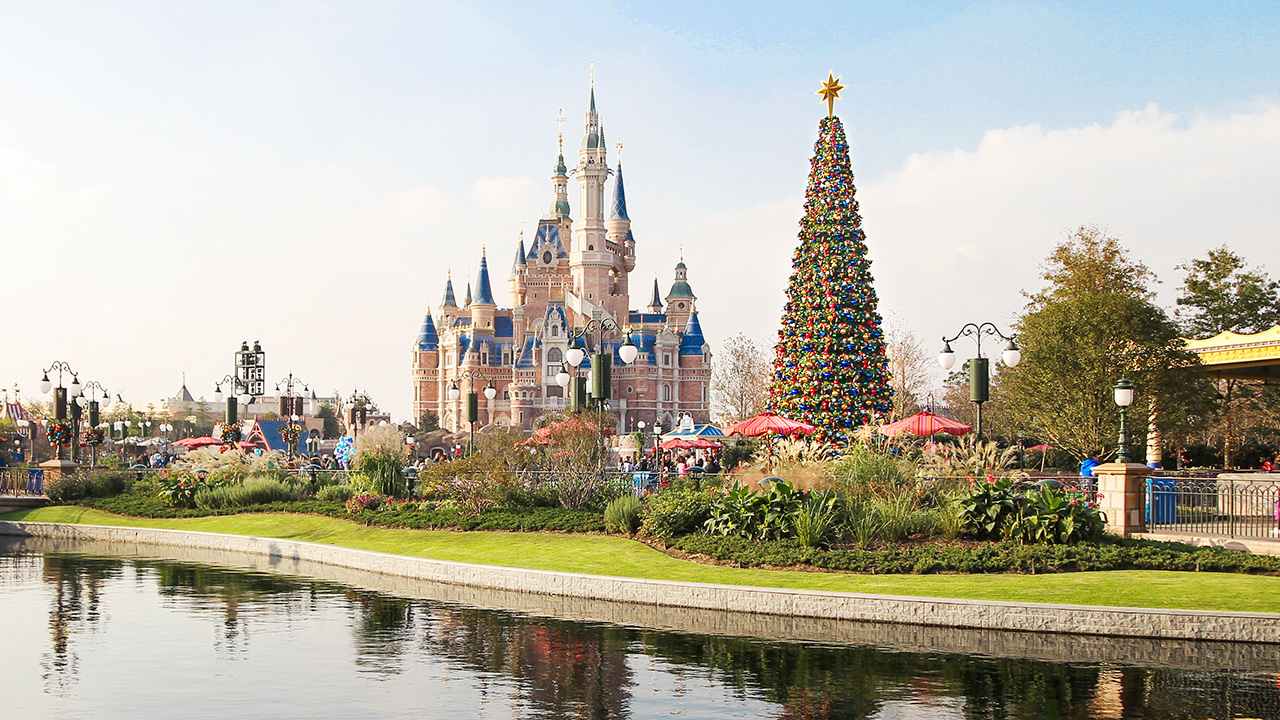 As the sixth in the world and the first in mainland China, Shanghai Disneyland Park creates many records among the existing Disney parks. It has the tallest theme castle: The Enchanted Storybook Castle, the first garden-designed zone and the first pirate-themed garden. It also combines movie figures with Chinese elements, like the Chinese Zodiac Murals in the Gardens of Imagination. There are altogether seven theme attractions inside the park.

Shanghai Tower is in Lujiazui Finance and Trade Zone of Pudong, with Shanghai World Financial Center to the east and Jin Mao Tower to the north. The tower ranks as China's tallest building and second only to the world at large. The foot print takes up 30,368 square meters (about 326,878 square feet) with floor space of about 576,000 square meters (about 6,200,012 square feet), with 5 basement levels, 127 floors above ground and 5 podium floors. 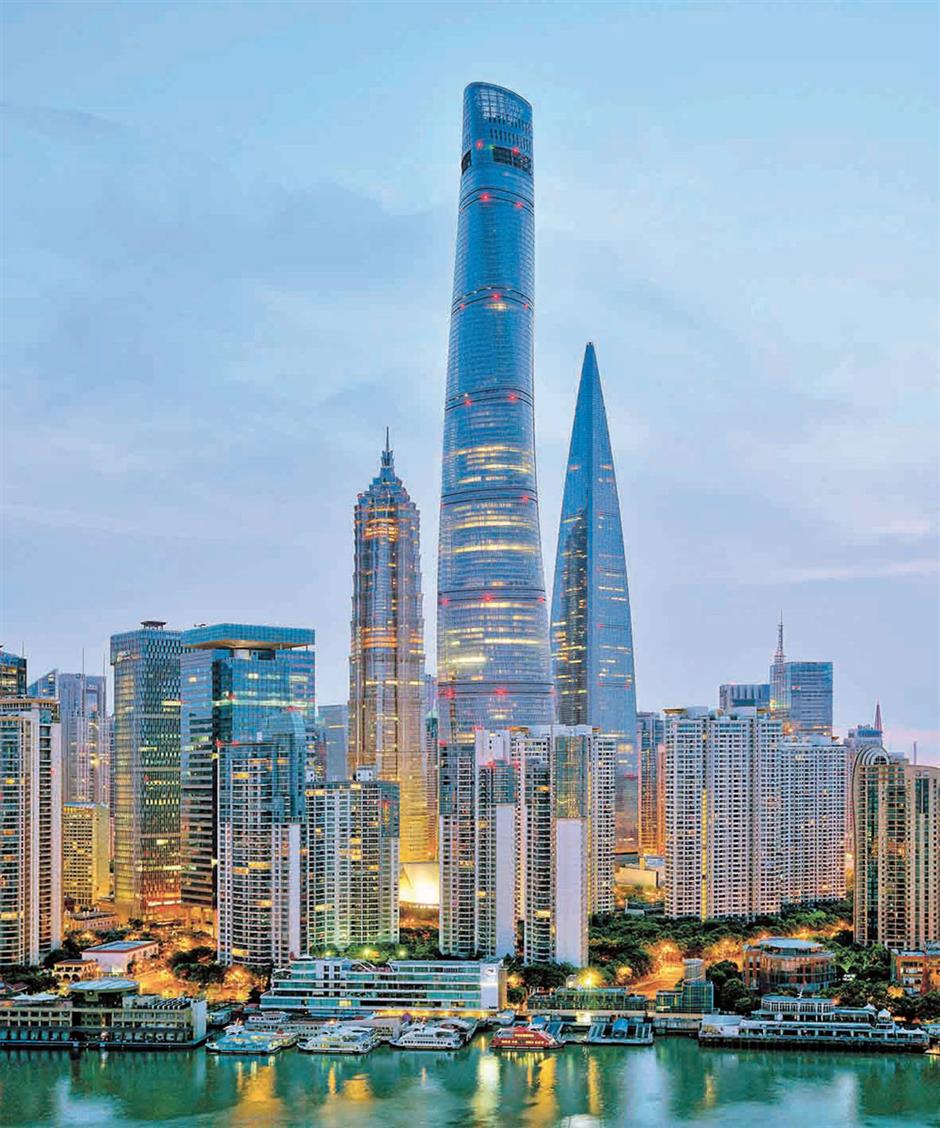 China's premier shopping street, the 5.5-km-long (3.4-mile-long) Nanjing Road, starts at the Bund in the east and ends in the west at the junction of Jing'an Temple and West Yan'an Street. Today it is a must-see metropolitan destination attracting thousands of fashion-seeking shoppers from all over the world. 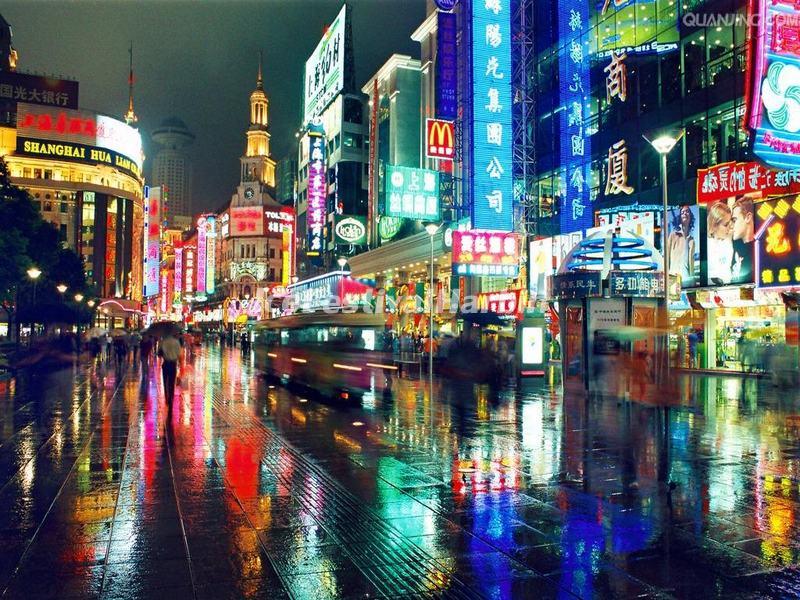 As a century-old shopping street in Shanghai, Nanjing Road was a witness of the city's history. Over time, it has been restructured, undergoing significant changes. Big traditional stores no longer dominate the market since modern shopping malls, specialty stores, theatres, and international hotels have mushroomed on both sides of the street. For shopping convenience, its eastern end has an all-weather pedestrian arcade.

Located in the center of Minhang District of Shanghai, only 18 kilometers (11.18 miles) from the downtown area, Qibao Ancient Town can satisfy your curiosity about ancient water townships without the bother of either long distance or the rush of crowds.

As the only ancient town forming part of greater Shanghai, with a history spanning over one thousand years, Qibao is more than just a living fossil of ancient Chinese conurbation and urban planning. The town was built in Northern Song Dynasty (960-1126) and grew into a prosperous business center during Ming (1368-1644) and Qing Dynasties (1644-1911). Qibao Ancient Town is the Chinese for 'seven treasures' and there are two popular theories about its derivation. The more reliable one says that the name originates from the Qibao Temple, famed for its good reputation. It was this that contributed to the growth of business and culture of the previously unknown town. The other theory seems more popular among the local people who tell folk tales about seven treasures. These were an iron Buddha made in Ming Dynasty, a bronze bell also dating from the Ming Dynasty but said to have mysteriously appeared from nowhere, a Gold Script Lotus Sutra written by an imperial concubine of the 10th century, a one-thousand-year-old Chinese catalpa tree, a jade axe, a gold cockerel and a pair of jade chopsticks. Actually, of these seven treasures, the existence of only first four can be verified while only the Scripture and the bell have survived to this day.

Located in a suburb of Shanghai city, Zhujiajiao Water Town, aka Zhujiajiao Water Village, is well-known throughout the country, with a history of more than 1,700 years. Covering an area of 47 square kilometers (11,614 acres), the little fan-shaped town, being regarded as Shanghai's Venice, glimmers like a bright pearl in the landscape of lakes and mountains. 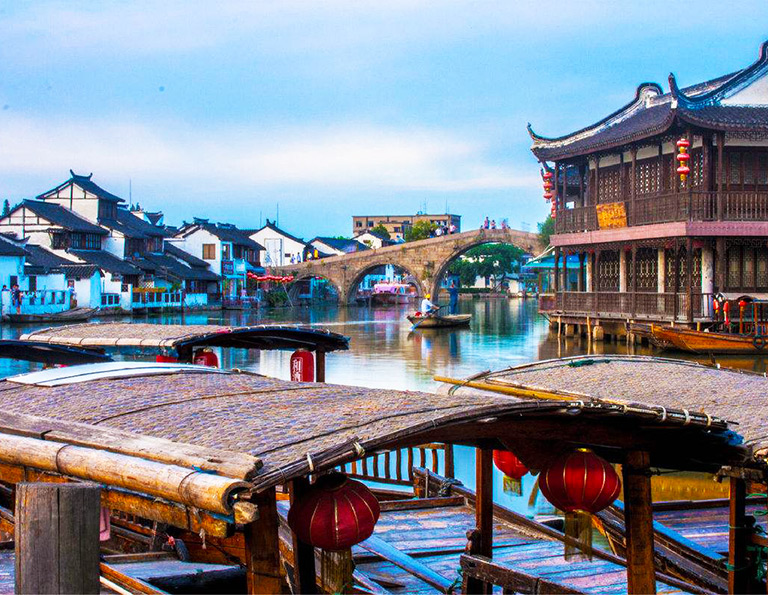 Endowed with another elegant name - 'Pearl Stream' - the Zhujiajiao Ancient Water Town is the best-preserved among the four ancient towns in Shanghai. Unique old bridges across bubbling streams, small rivers shaded by willow trees, and houses with courtyards attached all transport people who have been living amidst the bustle and hustle of the modern big city to a brand-new world full of antiquity, leisure and tranquility.

Your browser is out of date!

Update your browser to view this website correctly. Update my browser now